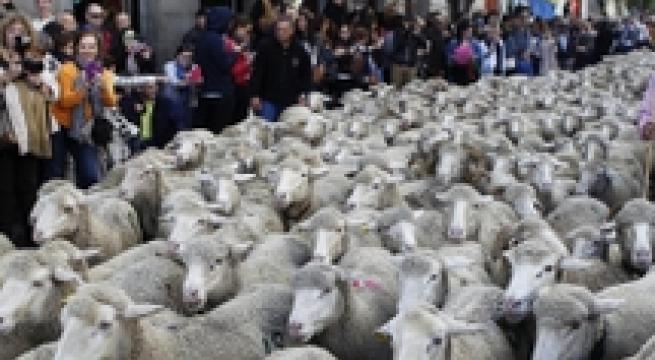 Rome, January 27 - The Food and Agriculture Organization (FAO) said in a report on Wednesday that 1,458 farm animal breeds, 17% of the global total, are currently at risk of extinction. The Rome-based United Nations agency added that the risk status of another 58% is unknown due to a lack of data on the size and structure of their populations. Nearly 100 livestock breeds went extinct between 2000 and 2014, the FAO said in The Second Report on the State of the World's Animal Genetic Resources for Food and Agriculture. It identified indiscriminate cross-breeding as the main cause of genetic erosion. The FAO said other threats to animal genetic diversity are the increasing use of non-native breeds, weak policies and institutions regulating the livestock sector, the decline of traditional livestock production systems, and the neglect of breeds considered not competitive enough. "For thousands of years, domesticated animals like sheep, chickens and camels have contributed directly to the livelihoods and food security of millions of people," said FAO Director General José Graziano da Silva. "That includes some 70 percent of the world's rural poor today. "Genetic diversity is a prerequisite for adaptation in the face of future challenges".