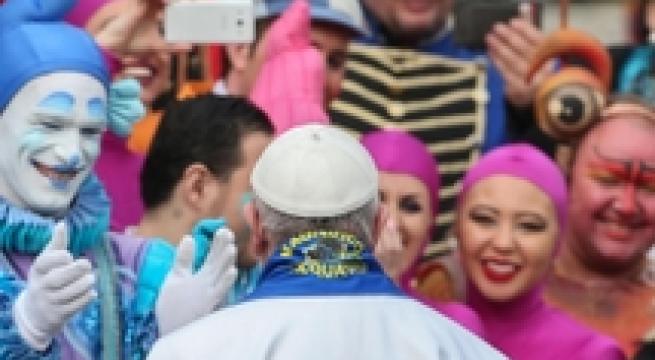 Vatican City, January 27 - The Roman Catholic Holy Year Jubilee of Mercy is an opportunity to "reunite brothers after quarrels," Pope Francis said at his general audience Wednesday. Francis also said God was "against all those who wage war". The pope also addressed a group of circus performers who did a few artistic turns for him. "Bring beauty, circus artists," he said, "for beauty brings us closer to God". In a liturgical sense, the pope dedicated his weekly general audience to God's work of mercy throughout the history of "the Chosen people".