Admired their 'art' as boy in Buenos Aires 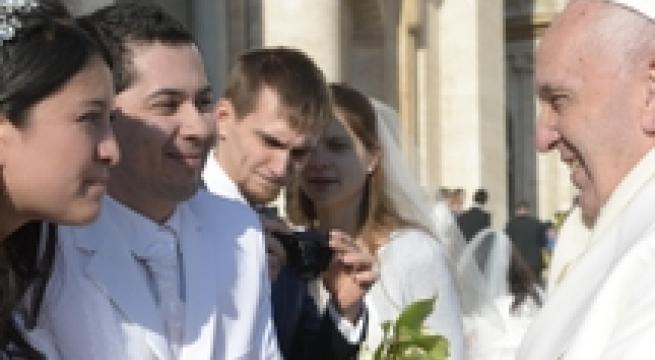 Vatican City, December 31 - Pope Francis told the Pueri Cantores children's choir Thursday that he wanted to be a butcher when he was a little boy in Buenos Aires after admiring their handiwork. "If I tell you the truth I'll make you laugh but I'm going to tell you the truth," Francis told his young visitors at an audience in the Vatican. "When I was little I used to go to the market, more often with my grandma than with my mother, to do the shopping," the pope recalled. "There were no supermarkets or TV back then. The market was in the street and there were places where they sold meat, vegetables and fish. "One day at the dinner table I was asked: what would you like to be when you grow up? "And do you know what I said? A butcher! Because the butcher who was in the market and took up his knife, cut the meat into pieces, it was an art, I liked to watch him".