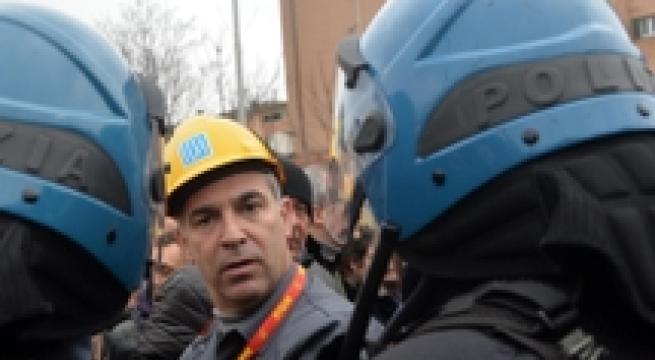 Genoa, January 27 - Police used armoured vehicles on Wednesday to block a group of about 500 protesting ILVA workers in the third consecutive day of demonstrations by employees of the troubled steel group's plant in Cornigliano, ANSA sources said. The protesters had brought heavy machines with them to the march and were heading towards the city prefecture. Genoa Prefect Fiamma Spesa authorised the march to pass through but without the heavy machines. Unions initially refused this and demanded Spesa act as a guarantor that a government official, such as Economic Development Minister Federica Guidi or a deputy minister, would be present at a February 4 meeting scheduled at the ministry building in Rome. After negotiations, however, the march proceeded without the heavy equipment. "I gave my word that I'd make contact with the government to get a response on the matter," Spesa said. Genoa has been in chaos since Monday due to the protest marches, which on Tuesday caused thousands of drivers to be blocked on one of the city's main highway interchanges. On Monday, workers occupied the company's Cornegliano plant. Unions have accused the government of "ripping up" a recent accord.