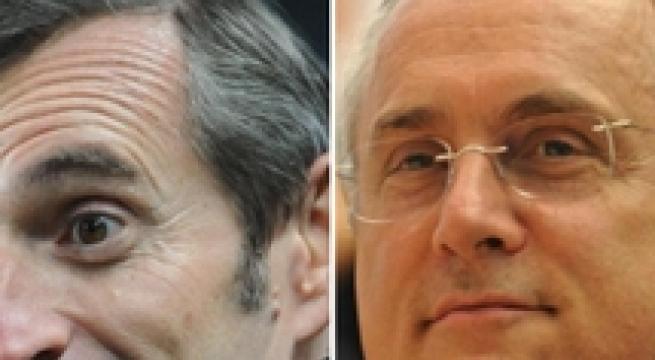 Rome, January 26 - A tax-fraud probe has caused new woes for Italian soccer, hit by a string of scandals over the last 10 years. Some 64 former and current executives and players have been placed under investigation on suspicion of evading taxes and issuing false invoices in the buying and selling of players in the 'Fuorigioco' (Offside) probe. Transfer deals reportedly involving Juventus, AC Milan and Lazio were among those suspected of being tainted, police said. Finance police early on Tuesday searched the premises of some 30 soccer players and agents and seized assets worth 12 million euros in the probe. Those under investigation include former Juventus CEO Jean-Claude Blanc, Napoli chairman Aurelio De Laurentiis, AC Milan CEO Adriano Galliani, Lazio President Claudio Lotito, ex Napoli striker Ezequiel Lavezzi, ex Milan, Inter, Chelsea and Parma striker Hernan Crespo, and agent Alessandro Moggi. Atalanta defender on loan from Milan and Italy national team player Gabriel Paletta, Torino (on loan from Sevilla) and Italy striker Ciro Immobile, Milan midfielder Antonio Nocerino, Atalanta striker German Denis, and ex Pescara player Fernando Quintero are among those under investigation, along with ex-Inter striker Diego Milito and former Fiorentina and Juventus striker Adrian Mutu. Naples prosecutors on Tuesday said Crespo evaded two million euros in Italian taxes, agent Moggi evaded one million euros, and Galliani evaded 240,000 euros. The probe by Naples prosecutors began in 2012 and involves 35 Series A and B football clubs and 100 individuals. AC Milan, Lazio, De Laurentiis and Moggi were among those who denied wrongdoing, saying the suspicions were unfounded. Italian Olympic Committee (CONI) chief Giovanni Malagò said the case should be cleared up as soon as possible. "It's essential that everything should be clarified as soon as possible, also to make sure the people currently being investigated do not become guilty in the eyes of public opinion", he said on the sidelines of a CONI executive meeting at Cortina d'Ampezzo. The Naples probe is one of several that have hit Italian soccer in recent years. On February 18, a preliminary hearing will take place regarding allegations Antonio Conte and 103 other people committed match-fixing felonies. Cremona preliminary hearings judge Pierpaolo Beluzzi is set to decide whether to grant prosecutors' requests to indict Conte and the other suspects. Conte is suspected of sporting fraud in relation to alleged attempts to fix a match against AlbinoLeffe when he was in charge of Siena in the second tier, Serie B, in the 2010-11 season. Among the other suspects are Lazio midfielder Stefano Mauri, former Atalanta captain Cristiano Doni and former Siena chairman Massimo Mezzaroma. Last year prosecutors dropped a more serious charge against Conte, that of criminal association, as well as allegations linked to another match, against Novara, also in the 2010-11 season campaign. Conte served a four-month ban while at Juventus at the start of the 2012-2013 season after being found by a sporting tribunal to have failed to report alleged match-fixing related to the AlbinoLeffe and Novara matches. The indictment request said Conte broke an agreement between the nation's coaches and the Italian Soccer Federation (FIGC) which stipulates that coaches must "safeguard the moral conduct of players". The Cremona-based Last-Bet probe, which started in 2011 and uncovered a web of match-fixing linked to international gangs making money from betting, has already led to many fines and suspensions for many players and points deductions for clubs. But it is only one of several match-fixing scandals to hit Italian soccer recently. Last August Catania were demoted from the second to third tier after Chairman Antonino Pulvirenti had confessed to paying to fix five matches to ensure the Sicilian club did not get relegated from Serie B the previous season. In May police said they had found a massive ring to fix matches in the third and fourth tiers of Italian football for betting scams. Juventus were relegated and stripped of two Serie A titles for involvement in the Calciopoli match-fixing scandal in 2006, just ahead of the World Cup Italy won that year under Marcello Lippi. That scandal - in which Alessandro Moggi's father Luciano, Juve general manger, was the ringleader - regarded schemes to have compliant referees officiate some teams' matches.