Pistoia to be 2017 Italy culture capital

Beat out eight other finalists 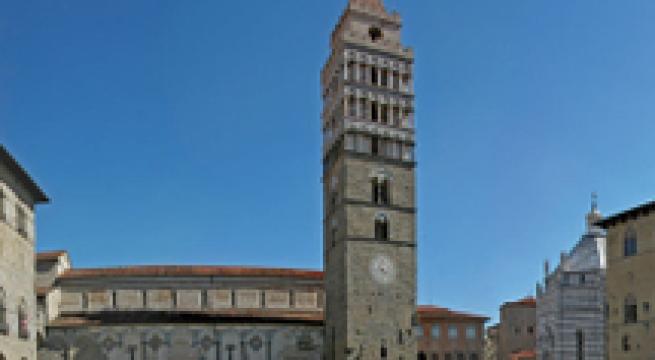 Rome, January 26 - The Tuscan city of Pistoia was chosen out of nine finalists to be the Italian culture capital in 2017, Culture Minister Dario Franceschini has announced. The other finalists were Aquileia, Como, Ercolano (Herculaneum), Parma, Pisa, Spoleto, Taranto and Terni. Pistoia will thus succeed the current Italian culture capital, the Lombard city of Mantua. "I believe we were selected for (our) idea that culture is the first right of citizens," said Mayor Samuele Bertinelli. "Pistoia invests in culture more than double the national average". The city plans to invest over 15 million euros - plus six million euros in operating expenses - to revamp urban areas and cultural infrastructure. One of the projects is to turn the city's 13th-century Ospedale del Ceppo - founded as a hospital in Medieval times and renovated in the Renaissance by the Medici family - into a multi-use cultural center. The 76,000-square-meter building has a loggia decorated with a 1525 frieze portraying the seven works of mercy, plus tondos by Giovanni della Robbia depicting the Annunciation, the Glory of the Virgin, the Visitation and the Medici coat of arms. As well, the city plans to restore its ancient walled fortifications, lay out bicycle paths in the historic center, and develop its modern and contemporary art museum. Also on the agenda is a large-scale retrospective of its native son, sculptor Marino Marini (1901-1980), to be developed jointly with the Guggenheim Foundation. Pistoia is home to a blues festival that drew 45,000 spectators last summer, several theaters, and various Romanesque and Renaissance churches - including the 5th-century Cathedral of St. Zeno, with its Romanesque belfry standing at some 67 metres (220 ft) erected over an ancient Lombard tower. The city is also famous for its octagonal 14th-century Baptistry faced in white-and-green-striped marble in characteristic Tuscan Gothic style.