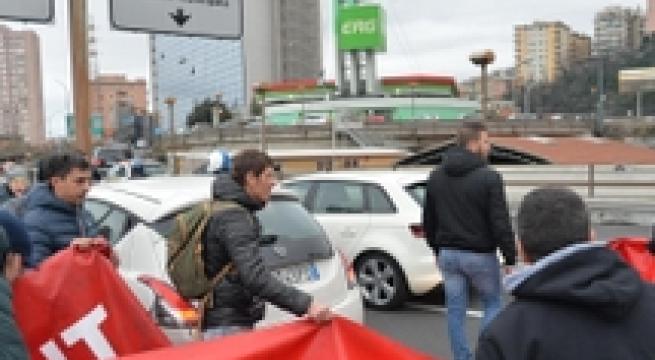 Genoa, January 26 - Thousands of cars were stopped on a main highway interchange in Genoa on Tuesday, where a group of about 400 workers from troubled steel group ILVA staged a march that blocked the overpass. This is the second day of protests, following the occupation on Monday of the company's Cornegliano plant. Unions have accused the government of "ripping up" a recent accord, and have asked a member of government to be present at a meeting to take place at the Ministry of Economic Development February 4. CGIL trade union chief Susanna Camusso, in Genoa Tuesday for a convention on workers' rights that was taking place only a few hundred metres from the ILVA protest, said that "political decisions" are needed. "Rightfully (they're) asking for a meeting with Minister (of Economic Development Federica) Guidi or with the government, because there's a knot to untie which is called the Programme Accord underwritten by the government," Camusso said.