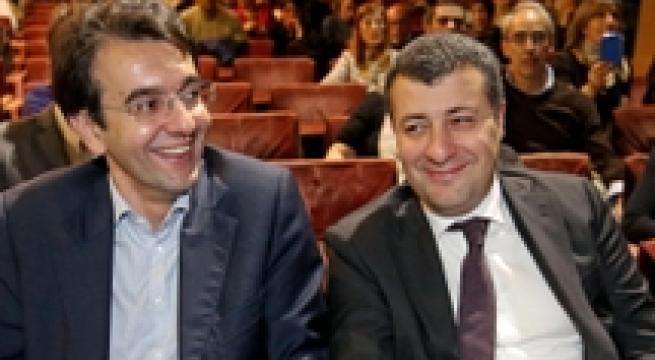 Rome, January 25 - The new Italian Left (SI) caucus will hold a national assembly next month and a founding congress by the end of the year, SI leaders said Monday. The new leftist caucus is made up of defectors from the Democratic Party (PD) of Premier Matteo Renzi, the Left Ecology Freedom (SEL) party led by former Puglia governor Nichi Vendola, and former members of the anti-establishment 5-Star Movement (M5S). The assembly on February 19-21 will allow up to 1,000 speakers, organizers said. It will be the start of "an open process," said Lower House MP Alfredo D'Attorre, who left the PD to form SI in early November after months of disagreement with Renzi over key government provisions including electoral and school reform. The assembly will produce a "transitional name" for the movement leading up to a congress at the end of the year to found a new party, former Bologna mayor Sergio Cofferati said. The former leader of Italy's largest trade union confederation CGIL left the PD in January 2015 in a dispute over the primary to select its candidate for the governorship of the northwestern region of Liguria. Cofferati complained of voting irregularities after losing the primary to Raffaella Paita, considered a Renzi loyalist. Paita subsequently lost to centre-right candidate Giovanni Toti after Cofferati fielded an alternative left-wing candidate, Luca Pastorino, splitting the centre-left vote.