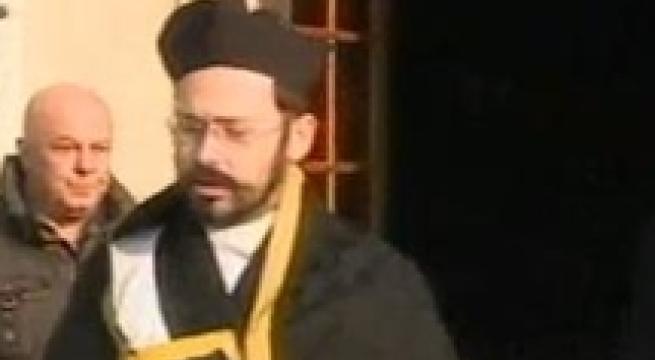 Savona, January 25 - A parish priest who refused to bless the body of a Moroccan Muslim woman who was about to convert to Christianity apologised on Monday, but without explaining his conduct. Father Angelo Chizzolini, a parish priest in the Liguria town of Arnasco, denied the blessing to Aicha Bellamoudden, one of five victims of a building collapse last Friday. Bishop Guglielmo Borghetti had authorized a church funeral for her as well as her husband and the three other victims because she was about to be baptized. In a statement issued by the diocese of Albenga Don Angelo Chizzolini was said to adhere "fully" to the bishop's decision. "Don Chizzolini apologises, he is deeply sorry about what happened and invokes everyone's understanding, ready to demonstrate through action his most intimate feelings of openness and tolerance," the statement read. The night before the funeral "the priest prayed in the morgue at Albenga hospital and blessed the spouses' bodies", continued the statement. Don Chizzolini "is deeply saddened that the bishop's decision to make a gesture of openness and full human and Christian solidarity has become an opportunity to spread feelings of division and controversy. The priest says he is aware that his conduct during the funeral liturgy offended many," the statement said. "These are difficult times and we all need serenity, understanding and reciprocal respect. The values of peaceful dialogue and civil coexistence require us to not to become inflamed." Chizzolini sparked controversy last summer by saying he'd rather burn his rectory down than open it to asylum seekers, as Pope Francis had called on all parish priests to do.